The above is given to all participating guild members, including 1st–3rd guilds, after the Scramble ends. 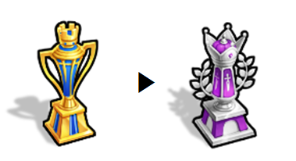