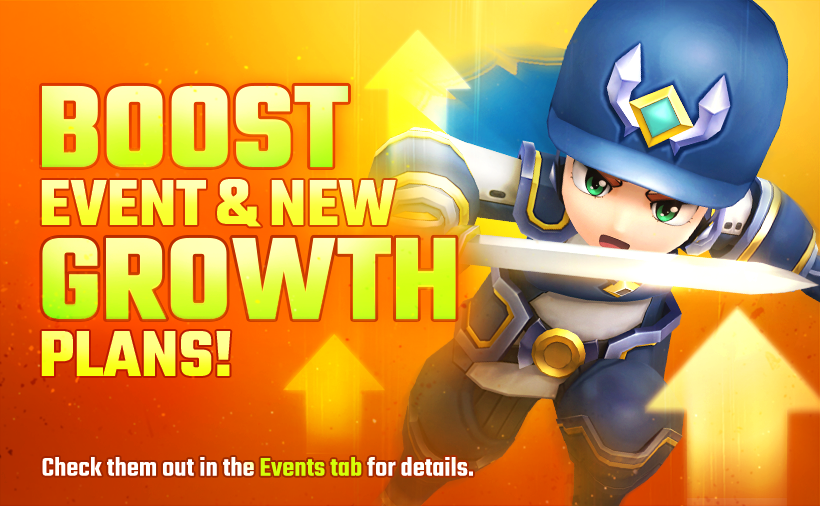 ⓘ Boost Quest Event can be reopened at a later date.

ⓘ Boost Character Event can end early depending on the situation.

ⓘ You need 1 empty slot to create a Boost character.

ⓘ Please note that it takes 7 days to delete an existing character to free up the character's slot. 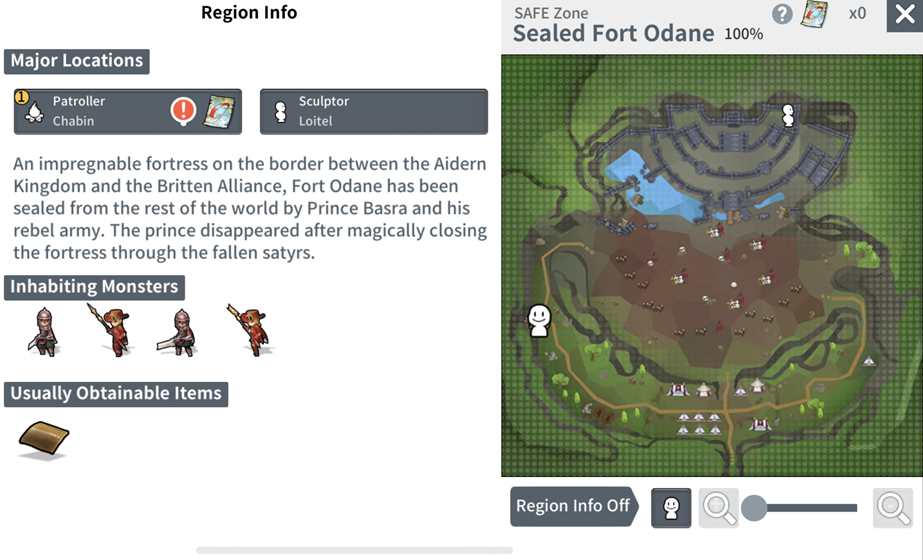 ⓘ Completing the Boost quest will result in your character obtaining all combat and continuous skills at Quality level 1.

ⓘ Completing the Boost quest will automatically give equipment crafting, raid, and other content related quests, which will give you various rewards.

ⓘ Boost Adventurer Plan is exclusive for Boost characters. Remaining rewards will be unavailable if you delete the Boost character before completion. 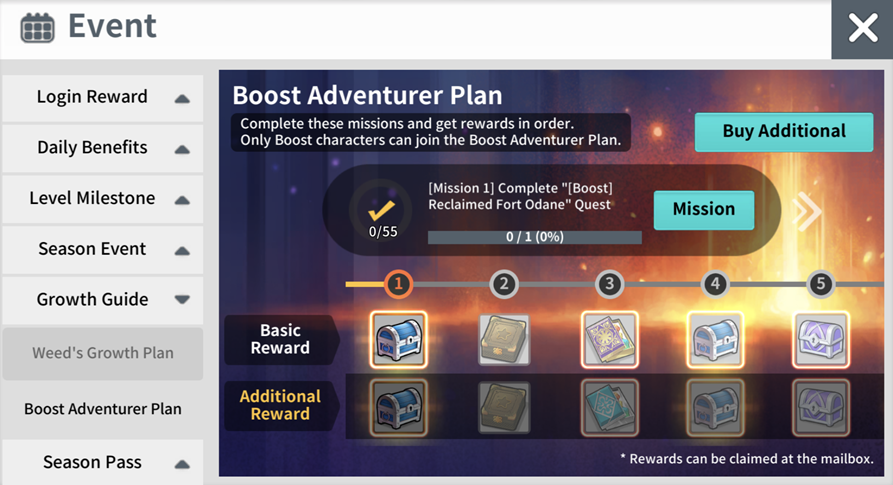 ⓘ Mission progression of Pioneer Special Support is shared with all characters of the same account. 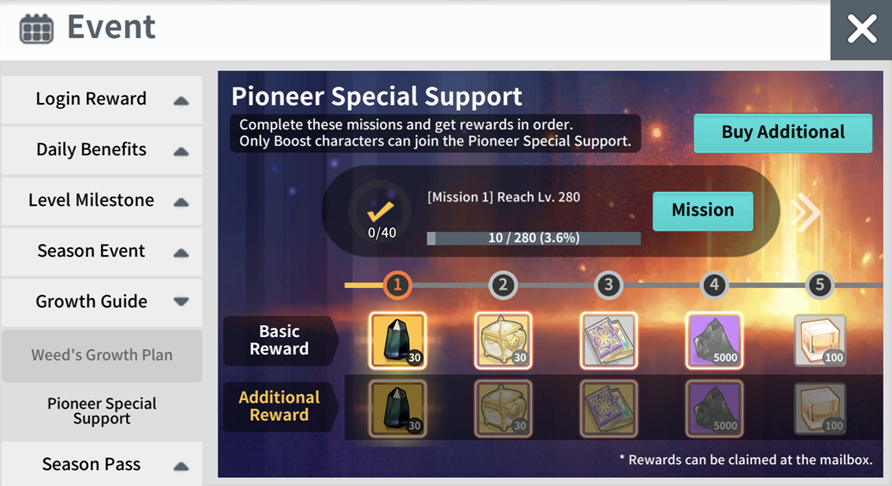 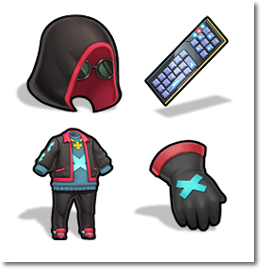 * Potion of Oblivion x1 will be given to all adventurers during the maintenance for you to redistribute your stat points.

MAG EVD was moved from Wisdom to Agility.

Stats of a Merchant's Continuous skill was changed.